We’re happy to share some photos with you from a recent Courageous Kitchen activity. A few of our students were invited to setup a fruit smoothie bar in the Intercontinental Hotel Group (IHG) headquarters in downtown Bangkok. The students woke up early and traveled more than an hour to get to the hotel. There the staff welcomed us into their office, where they planned to have a special lunch to kickoff the IHG Foundation Week, which aims to promote charities in the region and get their staff around the world thinking about giving back. 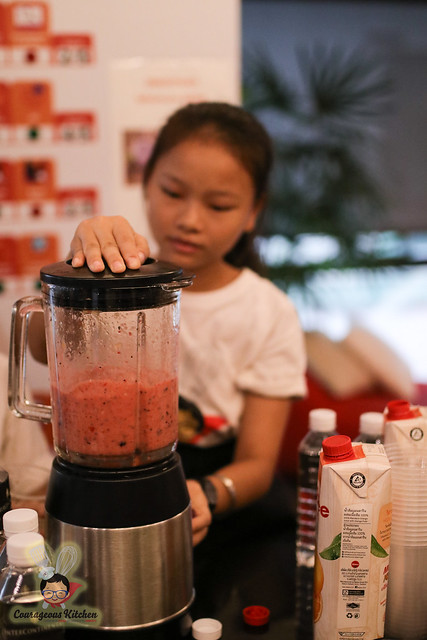 For our students, many of whom have never eaten in a restaurant or stayed in a hotel, this was a special experience. The staff welcomed them with new t-shirts, notebooks, and a quick briefing on the day’s plans. They were tasked with setting up a smoothie bar in the office’s break room area overlooking Bangkok. They quickly organized themselves into two stations, with specific tasks like collecting money, running the blenders, or asking their “customers” which fruit they preferred to have in their drinks. 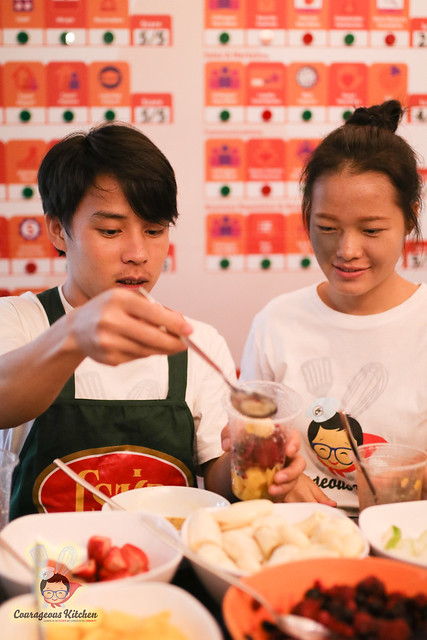 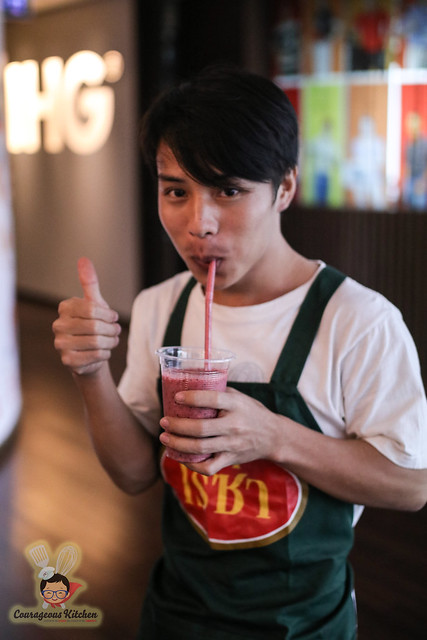 The smoothie bar was a fun challenge for the students and since everyone who had a smoothie gave a small donation, they also raised some funds too. However, that wasn’t all IHG had planned for them. Led by two of the staff, Ben and Elena, the students then filed in to travel back to the hotel lobby where someone special was waiting. When the group exited the elevators into the grand lobby, they were met by Executive Chef Rolando. Chef Rolando is in charge of all of the kitchen for both the Intercontinental Hotel and next door sister hotel, Holiday Inn. 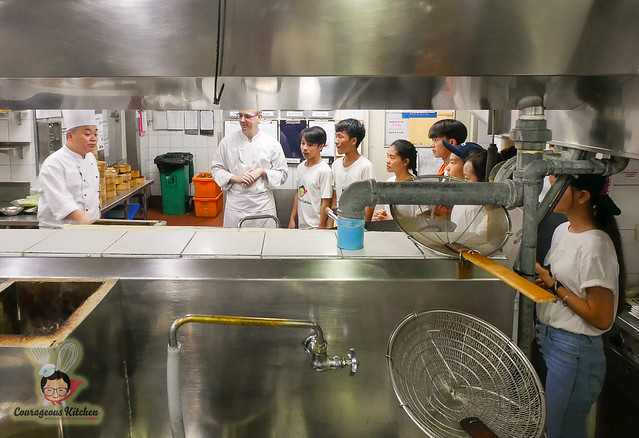 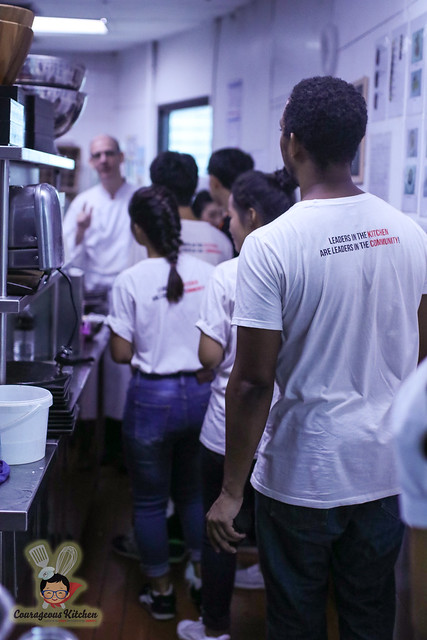 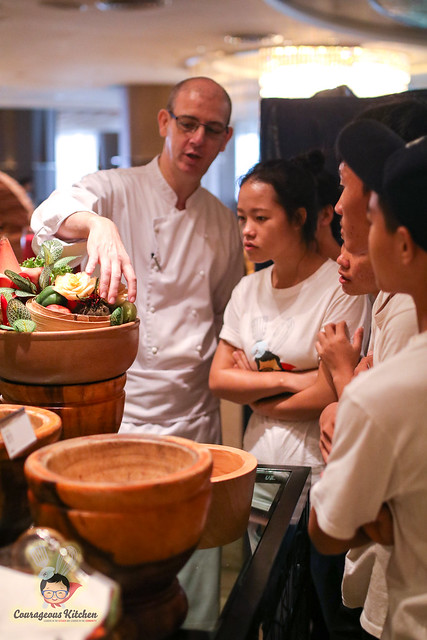 After a quick introduction, we followed the chef first into the room service area of the kitchen. The look behind the scenes wowed the students and the size of the production was massive. From room service we entered another area responsible for catering for up to 1000 or more guests at one time. To put this in context, Chef Rolando walked the students into one of the behemoth banquet rooms and talked about the giant numbers of staff and things we take for granted like eggs that the hotel uses in one day.

From the chocolate statues in the buffet line, to breathtaking views on the 37th floor, and the exclusive areas of their fine dining restaurants, the students loved their kitchen tour. In the end we visited about 5 kitchens, looking both in the dining area and behind the scenes. The experience was enthralling for our students and we believed will help them to imagine a grand future for themselves in the kitchen or doing food related services. 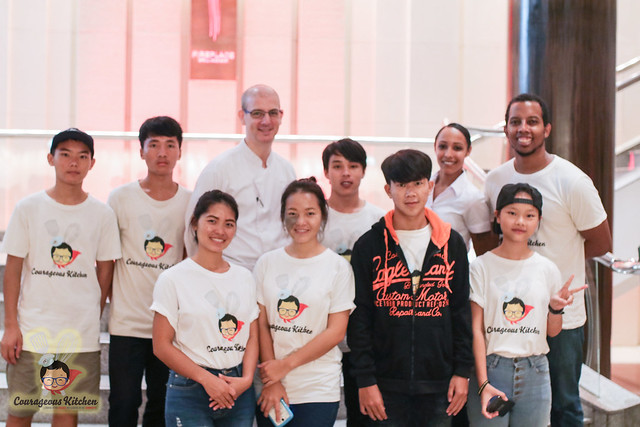 Thank you to everyone who supports us, allowing us to do inspirational activities like this one. A special thank you to Ben, Elena, and Bangkok’s IHG office.

If you’re new to Courageous Kitchen, you can help by giving a small monthly donation so we can continue to serve youth in Bangkok and give them them skills and inspiration to last a lifetime!